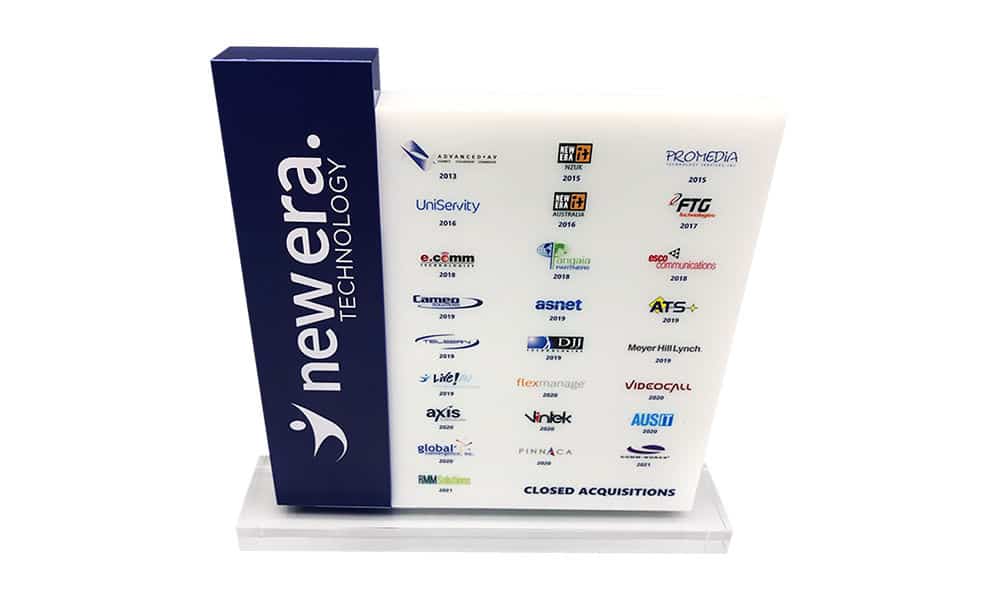 Ordering a financial tombstone, as you’ve probably heard, should be the fun part of your deal; but it can sometimes be something you might be dreading, especially if you’re facing a daunting backlog of deals to commemorate.

Talk of “graveyards” is always timely around Halloween. But tombstone “graveyards” may be especially timely now, given that many firms may (understandably) have neglected or put off ordering tombstones since the onset of the pandemic.

One cost-efficient solution involves combining a number of related deals in a so-called “graveyard”. (And yes, “graveyard” is in fact the long-accepted term for this kind of piece aggregating “untombstoned” deals.)

And clearing up a deal backlog isn’t the only good reason for dealmakers to think about graveyards. They can also address some very critical marketing needs, especially some specifically brought on by the pandemic.

As mentioned above, a graveyard piece can offer a highly cost-efficient way to clear up a backlog of unrecognized deals.

The prospect of ordering separate tombstones for each backlogged deal can be overwhelming. Few bankers want to take on the time and effort of keeping tabs on multiple designs, orders, approvals, deliveries etc.; and, on the other hand, spreading out financial tombstone projects among multiple bankers could result in duplicated effort, inconsistency, and confusion.

And just as a final complication, your firm may have undergone branding changes during the time represented by these deals, changes that could involved logos, deal formats, taglines, Pantone colors, among other things.

The obvious advantage of the graveyard piece is that it centralizes all these details in the hands of design professionals; that, in turn, vastly reduces the amount of time and effort necessary to manage the work on the banker’s side.

This leads to the other key advantage of a graveyard piece—beyond the increased efficiency (and savings in time) of not having to coordinate and manage multiple tombstone projects to multiple bankers. That additional advantage comes in the form of reduced costs.

Bundling related deals in a single graveyard project can vastly reduce costs. Really significant efficiencies are gained when artwork and typesetting are brought in to a single project. And obviously those efficiency gains become even greater as the number of separate deals to be combined increases.

Your deal backlog might also have resulted from your firm, for whatever reason, simply not making a regular practice of ordering deal toys. Here again, a graveyard piece allows you tremendous flexibility in including past deals, and without the huge investment of time and energy that multiple tombstone projects would inevitably require.

Once again, your firm may have experienced a number of branding changes in the time horizon represented by these deals. Handling the deals in a single commemorative can greatly lessen the stress of policing and harmonizing these changes.

“Graveyards” as a Marketing Tool

Keep in mind that pieces can also have considerable value in terms of internal marketing. By displaying them strategically in reception areas, conference rooms, and other common areas, you not only communicate your firm’s achievements to clients and prospective clients; you also communicate them with your own employees and stakeholders.

“Graveyards” as a Branding Tool

We discussed above how graveyard pieces are a great way to seamlessly blend various internal branding changes within your firm. But what about the flip side? What if a branding change is precisely what you do want to call attention to?

Graveyard pieces can be extremely effective under these circumstances. They can, for instance, relate the achievements of a newly added entity or partner; and they can do so under the banner of the firm’s new name and branding, or showcase those of a division or new or renamed entity within the firm.

A Timely Way to Communicate Stability and Reliability

The pandemic has created unique challenges for just about every imaginable business throughout the globe.

One central challenge that just about all businesses now face is one of self-assertion: just making it unmistakably clear that your firm is still not only both surviving and operating, but also still aspiring to pre-pandemic standards of stability, reliability, and performance.

This obviously goes beyond the “We’re still here, and we’re still open, and we’re still relevant” messages that most firms have tried to communicate with varying degrees of subtlety and finesse. And this is where graveyard pieces have again become particularly timely.

Especially now as we approach year-end, graveyard pieces can provide a tangible record of your firm’s recent deals and achievements, achievements that take on considerably greater value and significance gave the extraordinarily adverse conditions in which they were completed.

Ready to Take Your First Step into The Financial Tombstone “Graveyard”?

So a graveyard might just bring you some relief from the terror of facing a deal backlog. Or it could offer an especially timely opportunity to re-assert your firm’s continued performance and achievement—even in the face of a global crisis.

The Corporate Presence is ready to help you in that first step—whether you’re looking to commemorate a number of related transactions or just one deal. Contact us today!

Tips & Tricks
Prev:
What’s The Difference Between .. Next:
Twitter Adds Another Deal Toy to it ..
Back to Top
Request a Quote