Oil and Gas Deal Toys That Will Leave an Impression 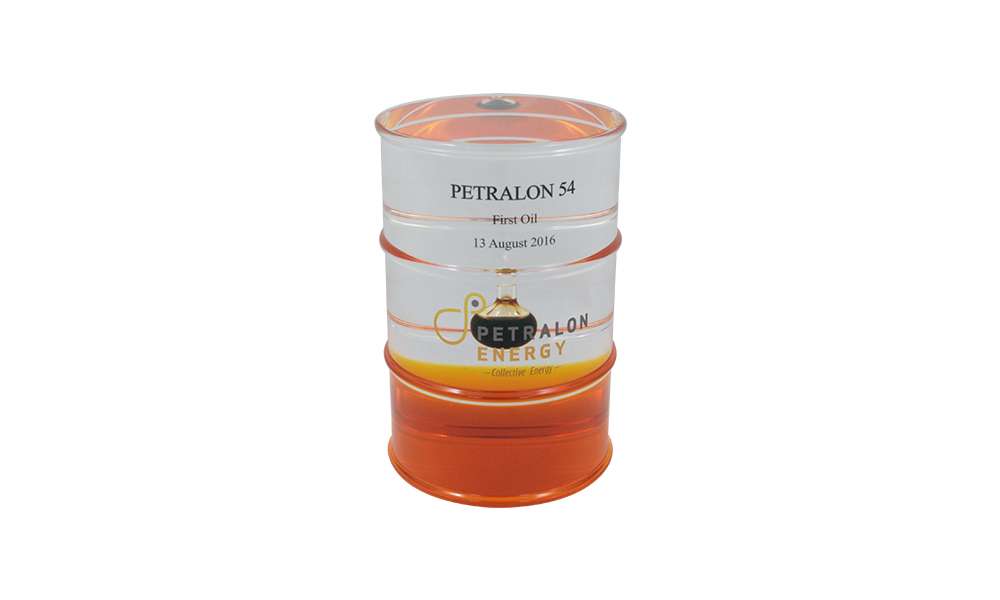 When ordering oil and gas deal toys, one of your top priorities should be making it memorable. Most deals require a significant amount of time, effort, and expertise, and you want your deal toy to reflect and truly commemorate that achievement.

But that’s not the only reason it needs to be memorable.

Deal toys will carry your bank’s name and logo—in other words, your branding.  You’ll obviously want to ensure that the overall look and effect of the piece is something that actually furthers that branding.

How can you do that?

As you’ve probably noticed, deal toys in the oil and gas industry often center on the same design ideas and themes. Some have become so commonplace and well-worn that they’ve lost impact among recipients; and choosing an easy, default design can also reflect badly on your bank.

But making your deal toy memorable you doesn’t require a breakthrough design or concept; often it just means revisiting—and bringing a fresh take—to a traditional idea.

Here are a few ideas you can use to ensure that your next oil and gas industry is one that has, and retains, cachet for recipients—now and in years to come.

Use Your Actual Product in the Deal Toy

Nothing is more central to the identity of a firm or organization than its product.

A recurring deal toy design involves the embedment in Lucite of a vial of “oil”?

The word oil is fully deserving of the quotation marks; most often the piece contains some inky, black liquid but it’s not oil

And more importantly, it’s not your client’s oil.

Embedding real oil, for instance, the actual “first” oil taken from a site and not some substitute or generic equivalent, has a huge impact on the perceived value of a deal toy or award.

Most deal toy and award companies don’t even offer the opportunity to use the real thing; many wouldn’t know-how. You should, at very least, have the option; it can transform an often tired deal toy design into something truly unique—and timeless. 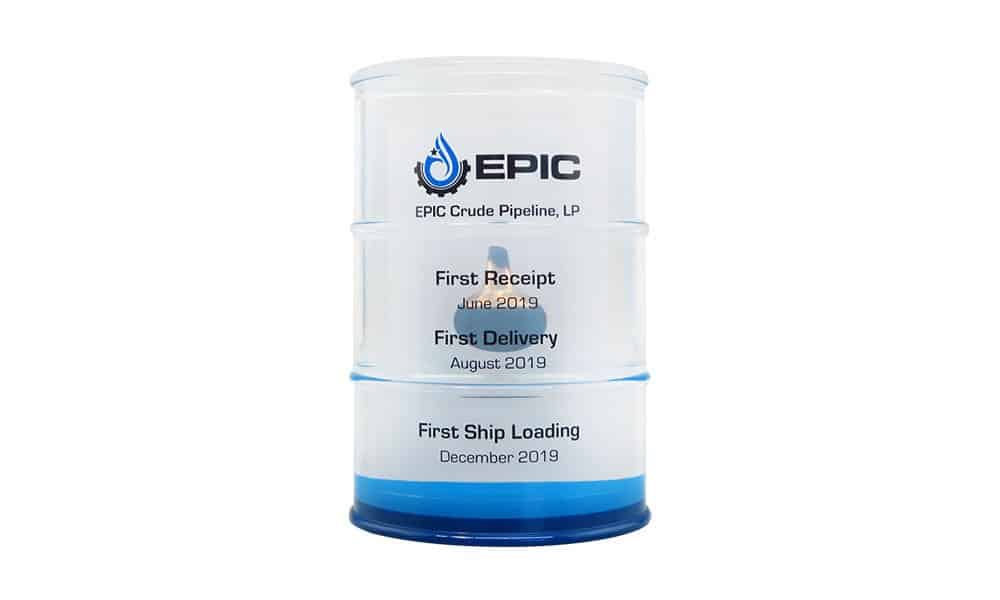 Play with the Deal’s Code Name

Code names are often a neglected source of the deal toy design idea.

The source of code names can vary widely. Some are almost arbitrary; others reflect anything from an important strategic element to an inside joke.

Whatever their origin, deal code names are distinctive for the very reason that they are so closely identified with the transaction.

Here’s one example of an award we designed that incorporated its project’s code name. The project was called “Project Mojito” because of the green policies of the acquired firm. 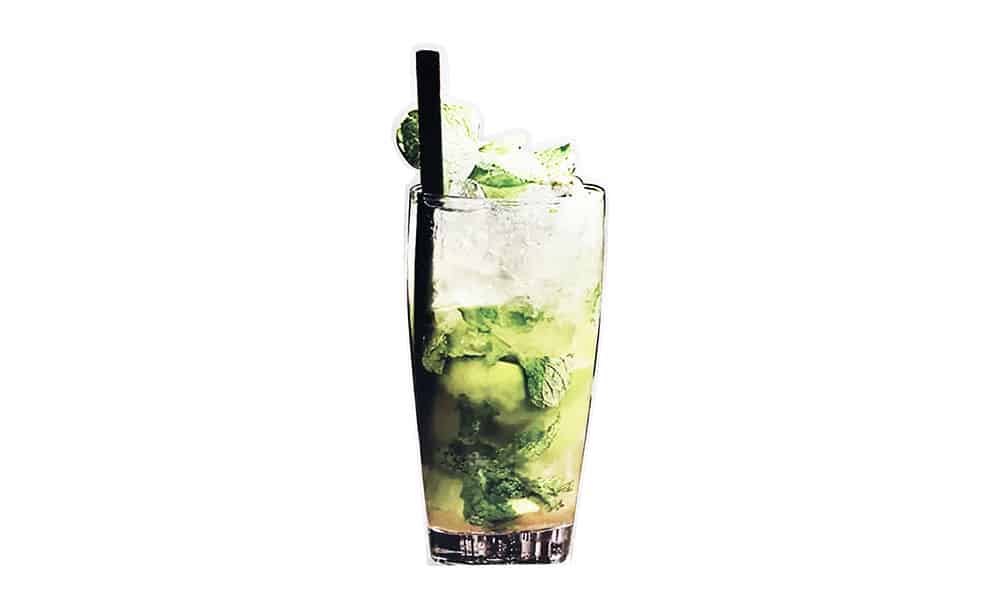 You don’t necessarily have to use your project’s code name as your idea springboard.. If the code name doesn’t lend itself to creative designs—or if the project didn’t have a code name—you can explore the key themes at play with your project to find inspiration for your design.

Again, the green bar drink commemorating Project Mojito paid tribute the acquired company’s commitment to “green” policies. Instead of playing off what the company does, the design reflects how it does it.

Maybe the company focuses prides itself on its sustainability policies, or has made a special commitment to energy conservation.

There are any number of possible themes like this that might make for a fresh design take.

Take a Broad View of the Achievement

If you’re familiar with deal toys, you know that scaled-down models of equipment, tools, and the product itself are popular design choices.

In other words, the focus of the design is highly specific.

Those are great choices — for certain projects.

Most energy companies tend to be highly diversified, with any number of different lines of business. Another approach is a design that suggests the activities of the entire enterprise rather than just one aspect of it.

Puzzle piece are a great way of achieving this effect. 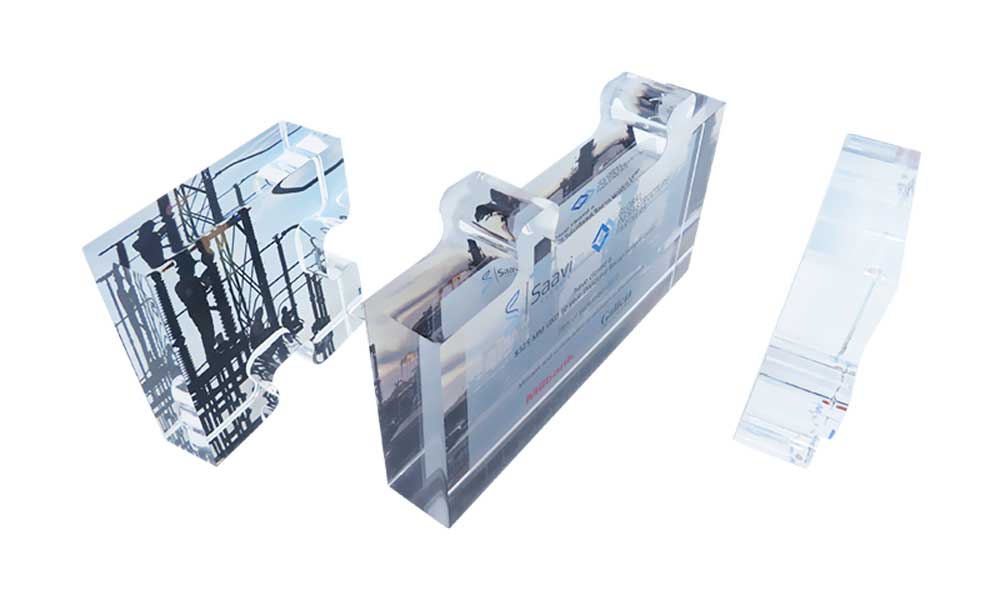 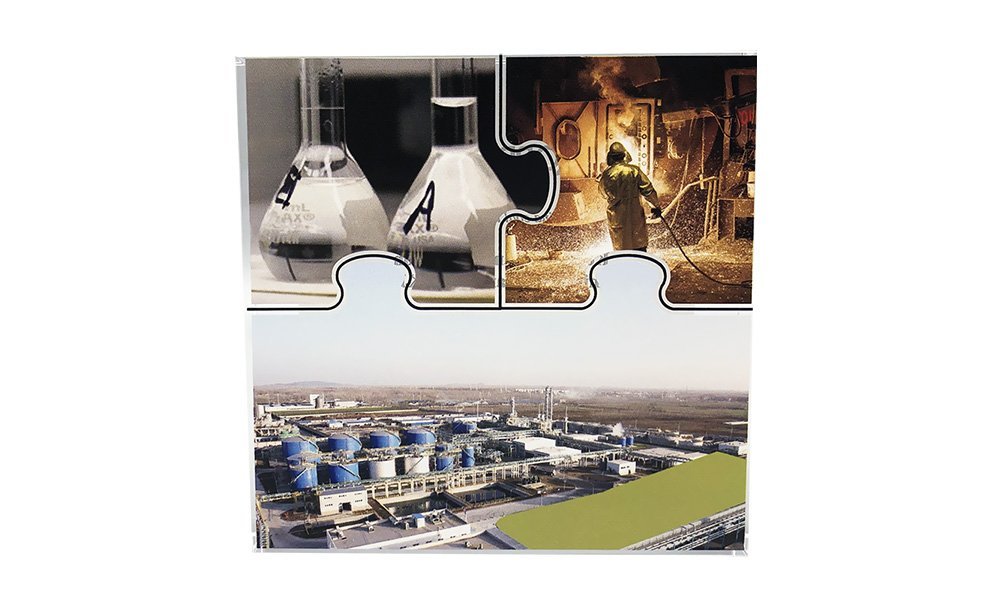 Or, Take a Narrow View in Your Award

On the other hand, you may still want to focus on something very specific—perhaps a specific tanker, drilling site, or technology.

Even here, a fresh take is possible. Instead of using some generic representation of the whatever it is that’s the centerpiece of the design, you can capture its precise details.

The design below is a great example.

Yes, the design could have fallen back on a stock image of a tanker, or some generic pewter piece; but instead, a cut-out has been created that captures the look and lines of the actual tanker involved in the deal. 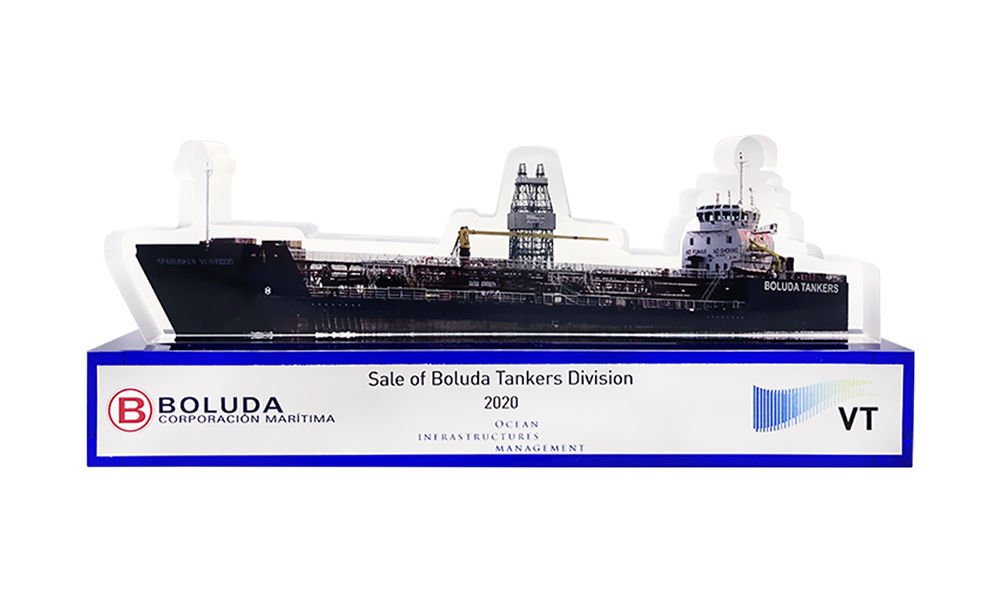 As the global leader in deal toys and custom awards since 1981, The Corporate Presence specializes in crafting unforgettable, personalized awards. Don’t settle for slapping your name on something generic; work with our team to create a deal toy that truly recognizes your client’s achievement—and also furthers your name and brand—for many years to come.

Ready to get started? Contact us today and tell us all about your deal.