The Lucite That Marks The “Most Profitable Deal in History” 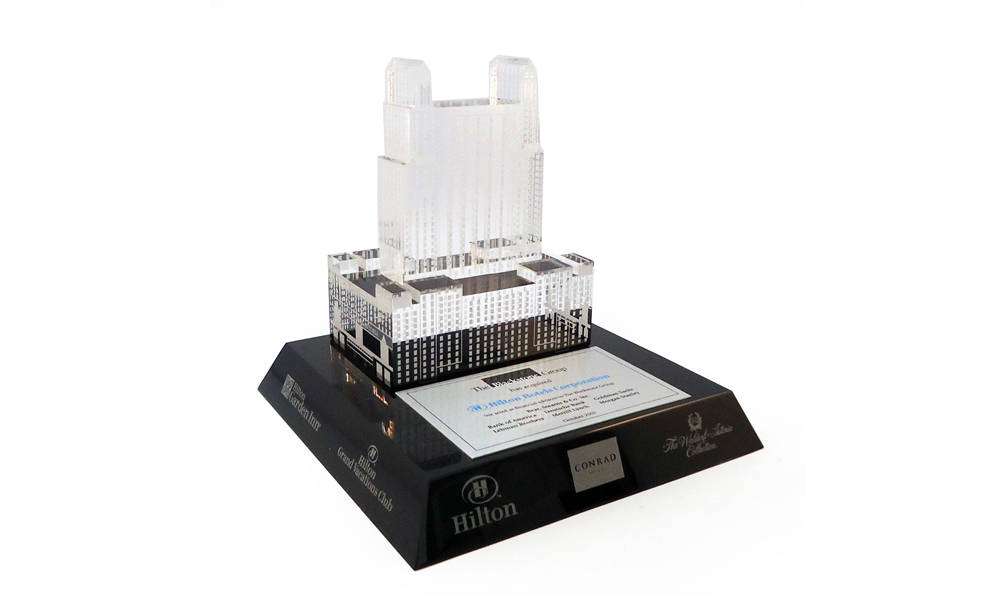 Blackstone’s $26 billion buyout of Hilton Hotels in 2007, a deal just pronounced the most profitable in history by Bloomberg Businessweek, actually went south pretty early on.

“As the financial crisis hit and the economy tanked”, the cover story notes, “it appeared that Blackstone and its partners had paid too much, used too much debt, and couldn’t have picked a worse moment to close the deal”.

Add to that the 2008 demise of deal participants Bear Stearns and Lehman Brothers, the resulting involvement of the New York Fed, as well as litigation involving a rival hotel chain, and the inevitable “Heartbreak Hotel”, “Not So ‘Suite’ Deal” headlines must have seemed apt.

But Blackstone persisted in its strategy; and in doing so, managed to upend private-equity clichés by combining shrewd debt restructuring with sound operational management. In the aftermath of Hilton’s December 2013 IPO, the firm is now looking at a paper profit on the deal of approximately $12 billion.

None of which we had anything to do with.

We just designed and produced the deal toy; but we’re convinced now, more than ever, that we did a pretty good job with that part of the deal.

We wanted to share again the Lucite 3-D rendering of the Waldorf Astoria, and also offer our congratulations to Blackstone—and, of course, to Hilton.

Related:
Twitter Adds Another Deal to its Timeline
The Google IPO Deal Toy: Celebrating the 10-Year Anniversary
Featured Deal Toy: The Facebook IPO
The Lucite That Marks The “Most Profitable Deal in History”