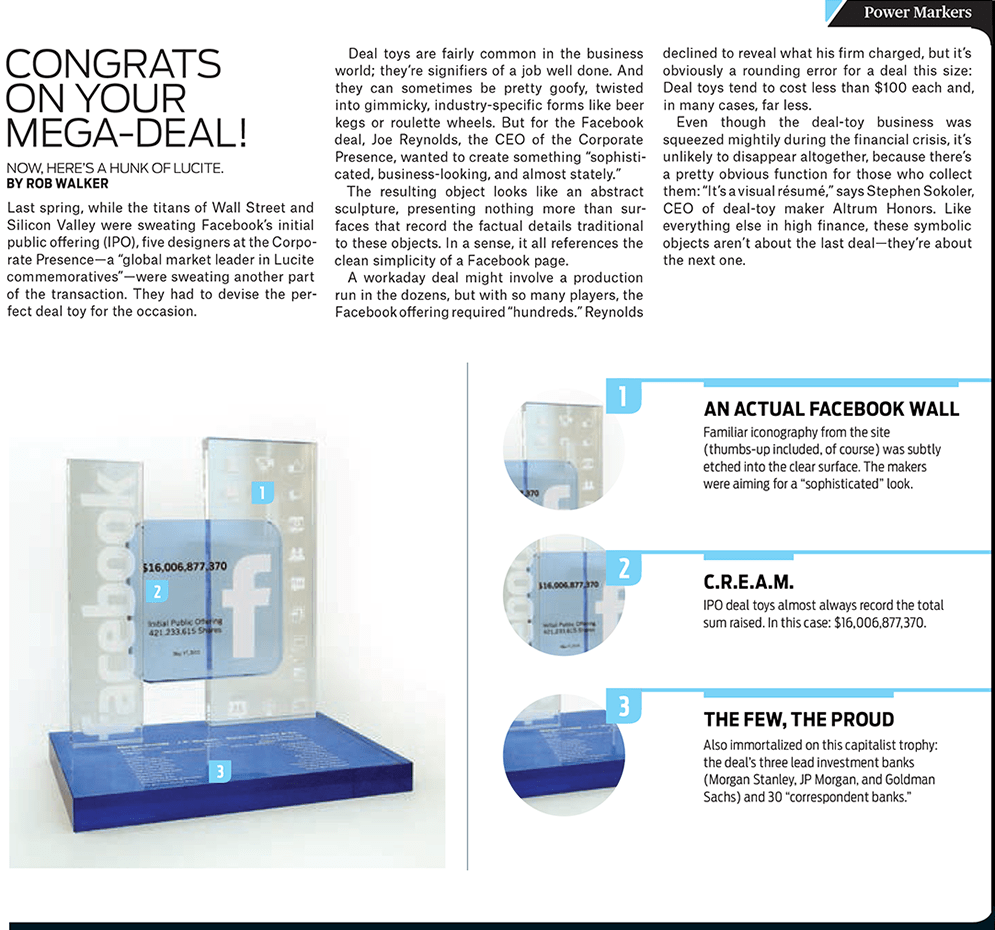 For our inaugural installment of “Featured Deal Toy,” we have chosen a transaction that, among other things, did not actually occur this month.

Or even last month, for that matter.

In fact, it didn’t even take place this year.

Even so, it would’ve been pretty hard for us to choose anything else. After all, beginning with a May item in The New Republic marking the first anniversary of the IPO—and focusing specifically on our deal toy design—Facebook has had even more press than usual.

With Facebook stock since climbing above its IPO price, its mobile strategy appearing to take shape, and profits for the most recent quarter considerably exceeding estimates, the issue—and our memento—are now looking even better.

In any case, The Corporate Presence was honored then to have been chosen to design the Facebook IPO deal toy, and are especially pleased to revisit it now.

[divider]
David Parry is the Director of Digital Strategy at The Corporate Presence, where he has worked in sales and marketing for almost 20 years. A graduate of Brown University, he also directs Scholarly Awards, a subsidiary of The Corporate Presence specializing in custom Lucite awards for colleges and universities.

Related:
Twitter Adds Another Deal to its Timeline
The Google IPO Deal Toy: Celebrating the 10-Year Anniversary
The Lucite That Marks The “Most Profitable Deal in History”

Tips & Tricks
Prev:
The One Thing You Should Never Brin .. Next:
Featured Deal Toy: Southeast Asia’s ..
Back to Top
Request a Quote