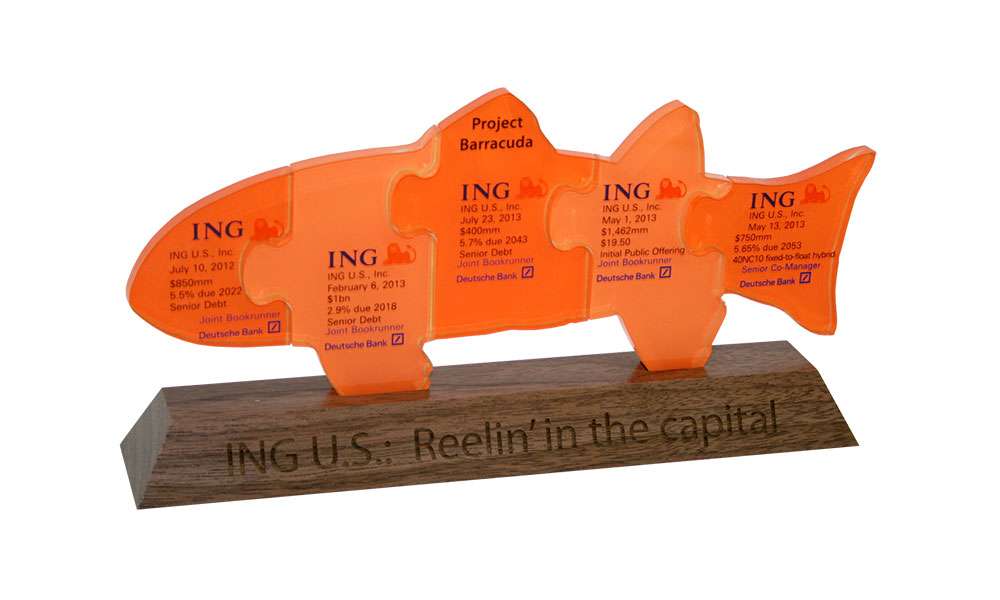 Code names unleash all sorts of creative possibilities for finance tombstones. A code name explains, for instance, how a tropical drink invented and popularized in Cuba could provide the inspiration for a tombstone commemorating a private equity deal—-in not-so-tropical Denmark.

Project Mojito took its name from the dominant color of the white rum and lime juice cocktail typically festooned with mint.  More significantly here, it also pays tribute to the “green” policies and practices of the company acquired in the deal:  Copenhagen-based electrical supplier, Modstrom Danmark. 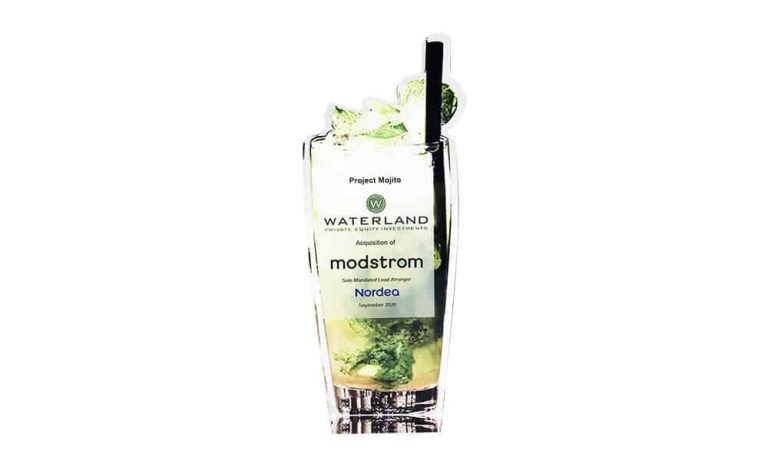 We’ve previously written about code names as a rich source of creative ideas for financial tombstones.

And yes, having a fun, evocative code name to work with does help.

But if Project Mojito had instead been dubbed Project Brussel Sprout or Project Kale, memorable tombstones probably still could’ve been designed for each.

That also holds true even when a particular code name is not only unoriginal but maybe even a little well-worn.

And this does happen: code names can tend to cluster around certain themes.

One 2020 article found that in the previous decade, Eagle ranked first among the ten most frequently chosen deal code names. (Rounding out the top ten, were Blue, Green, Falcon, Alpha, Diamond, Tiger, Titan, Apollo, and Panther.)

Whether your particular code name is totally unique and specific to your deal or is taken from a selection of past favorites, you’ll undoubtedly find some inspiration in the finance tombstones we’ve showcased here.

So where do code names typically come from?

The purpose of code names is pretty self-evident: maintaining secrecy with respect to the parties and details of a deal, most often an M&A transaction.

That said, there are considerations that come into play in selecting an appropriate code name. Names have to be cryptic, but not impractical.

Approaching the topic from the unique perspective of a investment banker-turned-academic Scott Moeller once stressed a few initial considerations. In addition to being non-obvious, code names should also not risk offending the client.

They should also avoid being “too cute” or difficult to spell. So when it comes, for example, to composers—a frequently mined source of project names—he advises sticking to ones like Bach and Beethoven over Tchaikovsky or Rachmaninov.

In 2019, EthosData brought some real analytics to the naming process. Based on a selection of 1,000 deals that had made use of its virtual data rooms, it found a far-flung range of selections, “from nearby buildings or mountains, to flowers, precious stones, and planets”.

The study also found a preference for “animals, colours, mythology and—for perhaps the less-concerned dealmakers amongst the group—any word starting with the letter ‘A’ .”

Taking all those parameters into account, EthosData found that the most commonly used code names in its sample were: Apollo, Blue, Sun, Victory, Galaxy, Sunflower, Omega, Jasmine, Emerald, Sunrise, Sapphire, Aurora, and Falcon.

And if all of this seems too time-consuming or daunting, you can always automate the process. Intralinks, for instance, offers a code name generator. 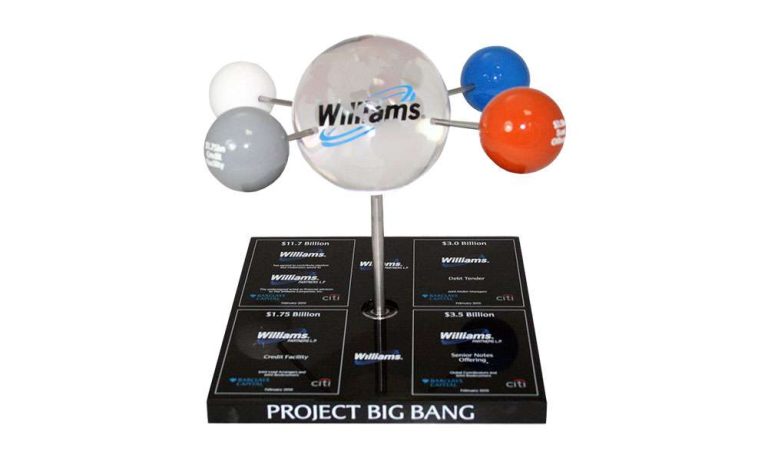 It’s hard to take issue with the use of the word “big” here.

The deal centered on the Tulsa-based energy company’s acquisition of all outstanding shares of a subsidiary, which was worth $11.7 billion. Add to that the three related, orbiting transactions commemorated here, and the total value of the deal reaches nearly $20 billion.

Puzzle-piece Lucite designs are an effective way of celebrating a series of transactions, such as the acquisitions shown here (see top). What’s distinctive about this tombstone is that here is the puzzle pieces themselves form a unique shape.

(Just a note of clarification: ING U.S. is now Voya.) 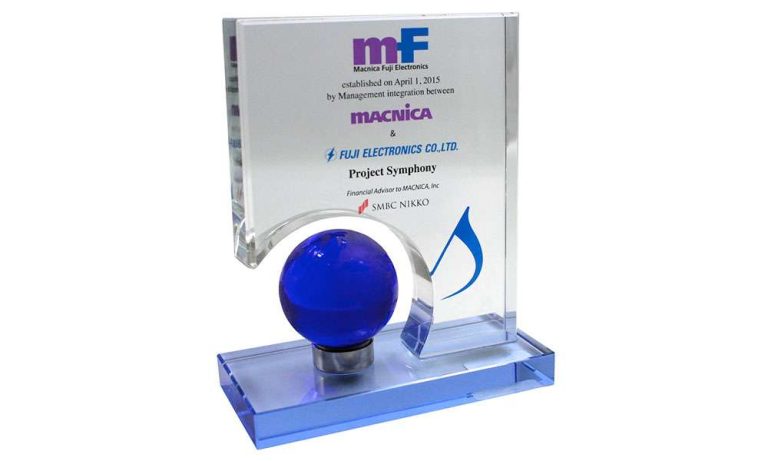 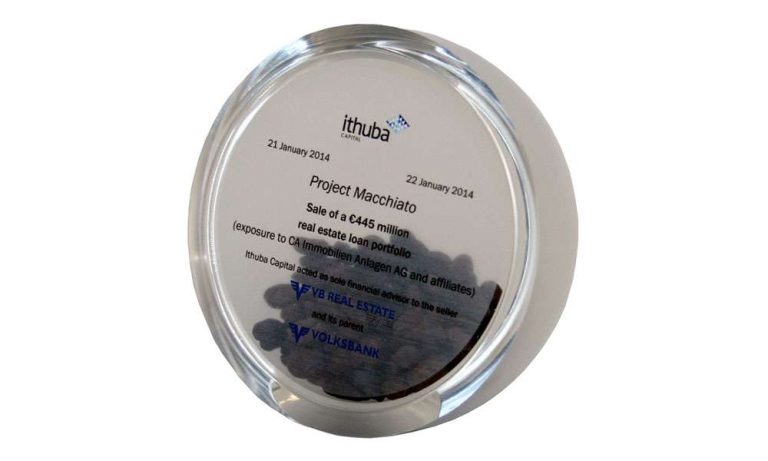 Another Lucite tombstone design. What gave this design its cachet was the use of actual macchiato beans—something that required some experience and expertise with the sometimes strange laws and properties of Lucite embedment.

This tombstone also illustrates how far from the actual subject matter of the deal a code name theme can take a design. Project Macchiato involved not coffee growers or retailers, but real estate.

But this kind of inside recognition is precisely the type of bond among deal participants that a tombstone seeks to commemorate (and, importantly, that outsiders examining that tombstone in an office, reception area, or conference room, tend to find most intriguing). 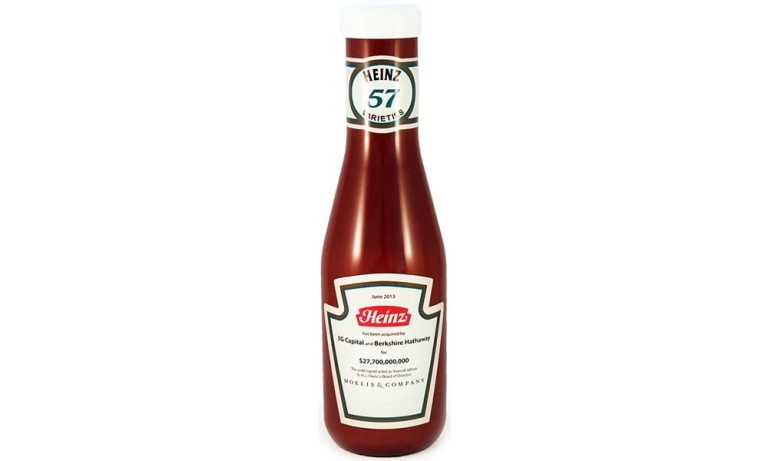 Dealmakers on the 2013 Berkshire Hathaway-Heinz deal, one of a number of Warren Buffett deals we have commemorated over the years, actually took things a step further. They employed multiple code names for the $23 billion transaction.

Were these names just arbitrary?

In its account of the deal, the New York Times shed some light on at least some of these selections. Penguin, the code name preferred by Heinz executives, was intended to recognize the local N.H.L franchise; Hawk, on the other hand, was favored by advisers on the acquisition side.

Get Creative with Your Finance Tombstone

Code names tend to be associated with M&A transactions, but whatever kind of deal you’re commemorating, you’ll probably want to explore a range of creative options. As the examples above illustrate, “creative” finance tombstones don’t have to be complex or extravagant.

At The Corporate Presence, we have 40 years of experience in drawing on code names, or other specifics of your deal, to provide you—and your client–with the most effective, and memorable tombstone. Reach out to us today!