Financial Tombstones: 7 Things You Should Know 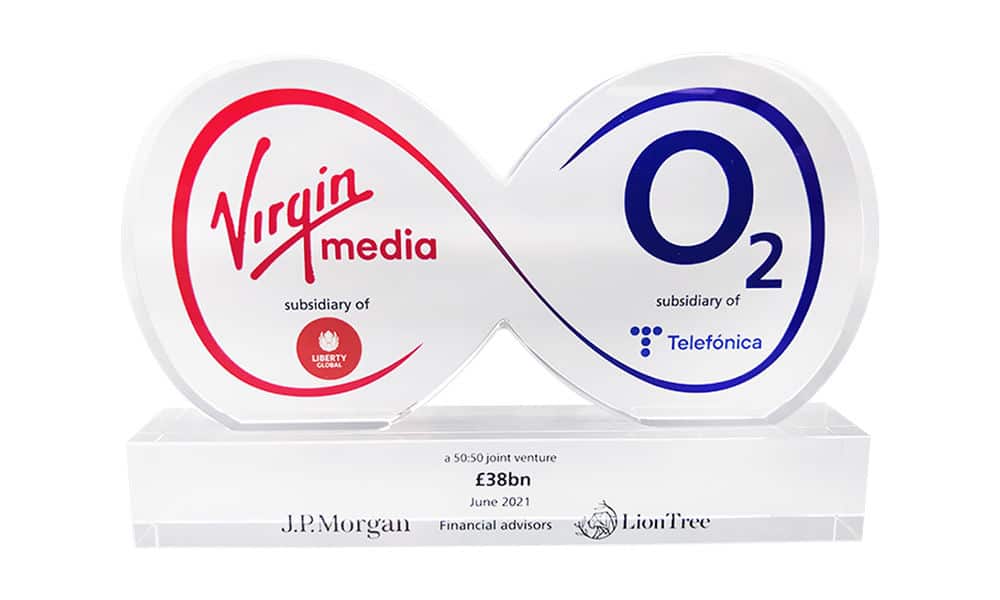 What exactly are “financial tombstones”?

You can find some good definitions online, though some are slightly inaccurate, or just incomplete.

For instance, you may have come across this: “Financial tombstones (also known as ‘deal toys’) are customized gifts that commemorate the closing of a major business deal in financing, investment banking, or real estate.”

All of which provides a pretty good start.

One shortcoming of this definition involves the idea that they only commemorate “major” transactions.

Yes, you can find a number of financial tombstones for landmark transactions; but you’ll also find a sizeable number as well that commemorate significantly smaller ones.

The key factor here—and this point is central to understanding financial tombstones—is not the size of the deal but its importance to the participants. 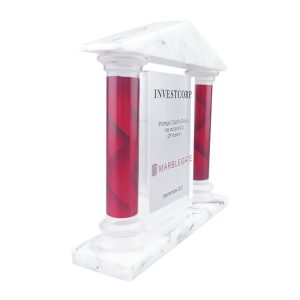 Another Problem with “Financial Tombstone” Definitions

The other tweak that needs to be made to this definition involves deal tombstones being limited to “financing, investment banking, or real estate”.

That admittedly covers a good deal of ground, but it also omits a couple of things. It’s increasingly common to see tombstones recognizing a broader range of transactions and events, including joint ventures and strategic alliances, successful fund closings by private equity firms, and even favorable legal judgments.

There are some other things about deal tombstones that are worth noting. A few of them are explained below:

#1: “Financial Tombstone” is a complete misnomer

It’s hard to understand how something intended to be celebratory—to recognize and commemorate success and achievement—gets hung with a somber, downer term like “tombstone”. The reason is historical.

The name springs from the simple, unadorned newspaper announcements of completed deals, so-called “tombstone” ads, that were required under the Securities Act of 1933. However mismatched, the name stuck, even to the point that some bankers refer to financial commemoratives simply as “stones”.

#2: They aren’t as silly and frivolous as they might appear

As a product description “tombstones” has its drawbacks; but the more popularly used name for the same product has even more baggage.

You’d have to believe that investment banks and financial institutions wouldn’t continue ordering tombstones, as they have now for over 50 years, unless they had some sort of function.

Actually, they have three.

First, tombstones most obviously reward participants involved in the deal.

They can also serve as a visual resume for a banker’s (or firm’s) deal experience and history. They can have a powerful effect on clients and potential clients when put on display in an office, conference room, or reception area.

Finally, as gifts, tombstones provide a tangible reminder to the financial firm’s clients of the deal itself, and, especially, the hard work and expertise of the firm that represented them.

And experience shows: clients do tend to hold on to tombstones—which leads directly to the next point.

#3: Financial Tombstones have no intrinsic value

This is actually very true.

You might be able to get a modest price for a landmark IPO deal toy or M&A tombstone, but for most you’re not going to get much.

Which isn’t to say they’re worthless.

On the contrary, they have tremendous value and resonance among recipients, precisely because they embody all the time, effort, and expertise that went into the transaction they commemorate.

We’re reminded of this constantly. We’ve been asked to replace lost or broken deal toys 5, 10, or as many as 30 or 40 years after the original transaction.

The fact that a banker (or his or her client) has held onto the deal toy that long is telling to begin with; the fact that they’re determined to replace it suggests a whole different level of attachment.

#4: They can actually help your career

As mentioned above, tombstones can provide ongoing advertising for your group of firm.

But they can also be effective in promoting you, and your brand.

At many times during the past two years, the entire concept of a settled “office” might’ve seemed passe.

With many of us now returning to a physical work environment to some degree, another key selling point of tombstones again becomes relevant

Tombstones can serve for both colleagues and clients as your unspoken resume, a visual record of your professional body of work.

And they’re portable: they can go with you as you move within your firm or industry.

Tombstones/deal toys have been pronounced dead any number of times during the past few decades.

At one point, revealingly, many of the online proclamations of their demise led to broken links—signaling that the particular publication/site/blog sounding the death knell was itself no longer among the living.

Make no mistake: the deal toy landscape has changed a lot over the years.

The swashbuckling days when managing directors issued spare-no-expense edicts, and analysts waved off the need to see cost estimates, are long gone. As with many things, a more value-driven approach is now the norm.

#6: No, they’re not all made in…China/Canada/Idaho/Schenectady

Tombstones aren’t all made in the same place.

They are made in the U.S., but they’re also manufactured in several other countries, principally Canada and China.

Vendors tend to sort out according to the materials involved.

The Canadians, for instance, by virtue of their longstanding expertise if fashioning beer taps, tend to have the highest skill level when it comes to Lucite; China, on the other hand, is usually the preferred source for crystal, especially the kind of customized crystal designs, as opposed to generic, off-the-shelf offerings, that are increasingly requested to commemorate deals.

#7: They don’t have to be either cheap and tacky or extravagant and gauche.

Fortunately, this isn’t an either/or situation.

You can have a memorable, well-designed tombstone that will resonate with your colleagues and clients, without making you look wasteful or irresponsible.

At The Corporate Presence, we’ve been designing those kinds of tombstones for over 40 years. Reach out to us and get the creative process started on your own tombstones.